Los Angeles citizens and Korean Americans deliver a mock coffin to the Japanese consulate in Los Angeles in memory of Ms. Yong-Nyo Lee.
Ms. Lee was forced in to sexual slavery at the age of 16, along with 200,000 young Korean woman by the Japanese Imperialist Army from 1932 until the end of WWll. She was also an activist calling on Japan to apologize to the victims of sexual slavery by Japan. Ms. Lee was one of the final 58 surviving victims. The Japanese government has not issued a formal apology to the "comfort women" for the sexual abuses they endured. 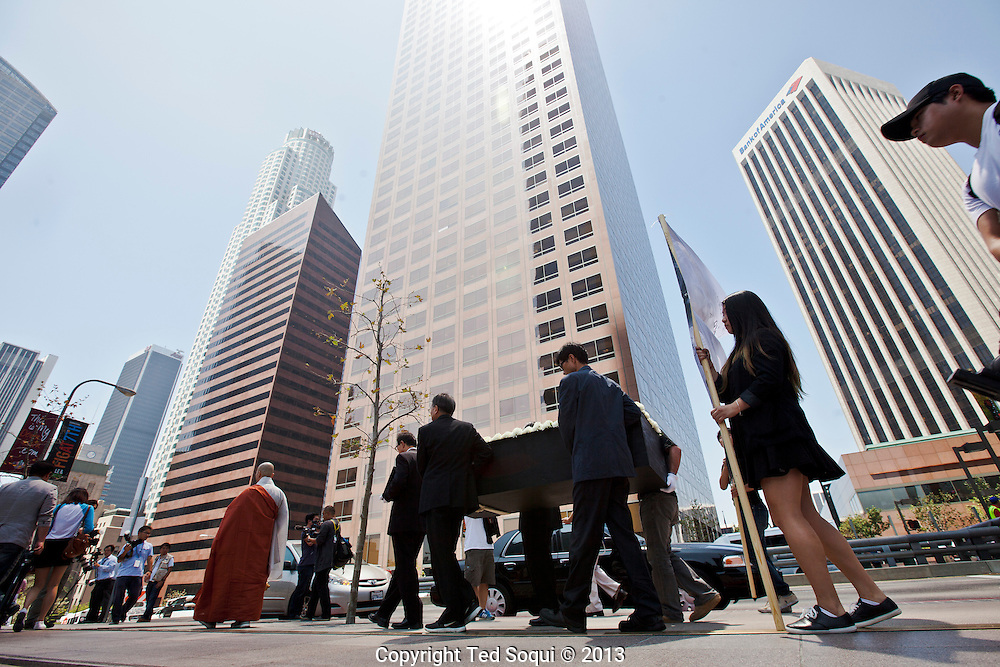