An old crane parked inside the National Cloride Company.
U.S. Route 66, also known as the Mother Road, in the Mojave desert of California. The two major connector cites in the Mojave desert are Barstow and Amboy. U.S. Route 66 was the first major east west highway for the US, starting in Chicago, Il and ending in Santa Monica, CA. The 2,448 mile long highway was built in November 11,1926. Most of Route 66 has been decommissioned, but there are several parts that are now historically preserved. 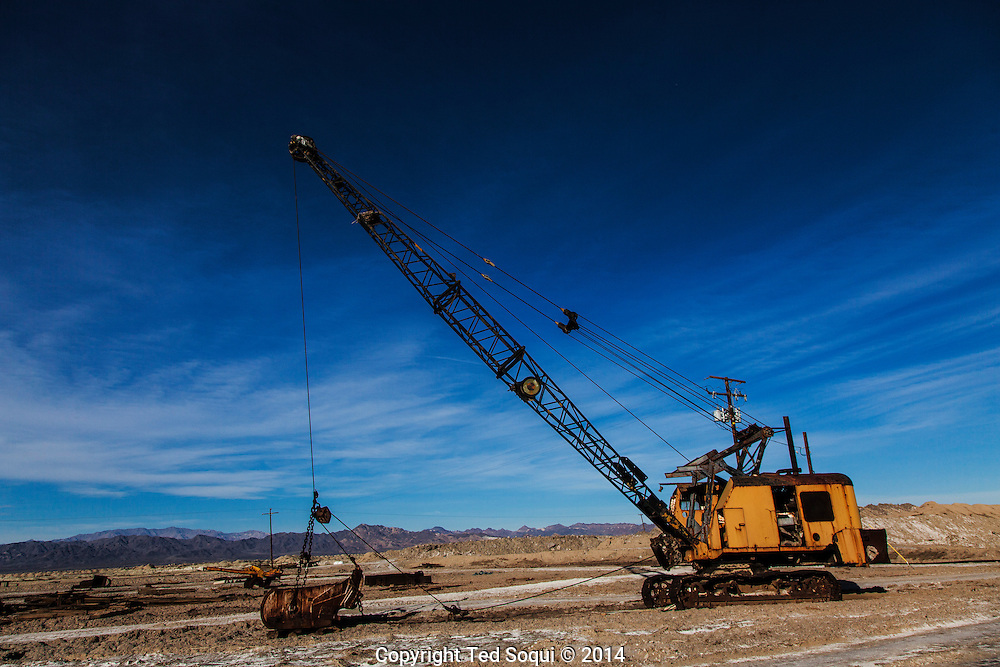