Evacuated homes and a deserted street directly below the gas leak.
California Gov. Jerry Brown declared a state of emergency in the Porter Ranch area of Los Angeles due to the continuing leak of natural gas from the Aliso Canyon storage facility. Natural gas has been leaking since October 23, 2015 in the community. Over 2000 residents have been evacuated from their homes along with two schools that are closed due to the leak. More residents are expected to be evacuated from the bedroom community. The leak is estimated to be capped in late February or March of this year. 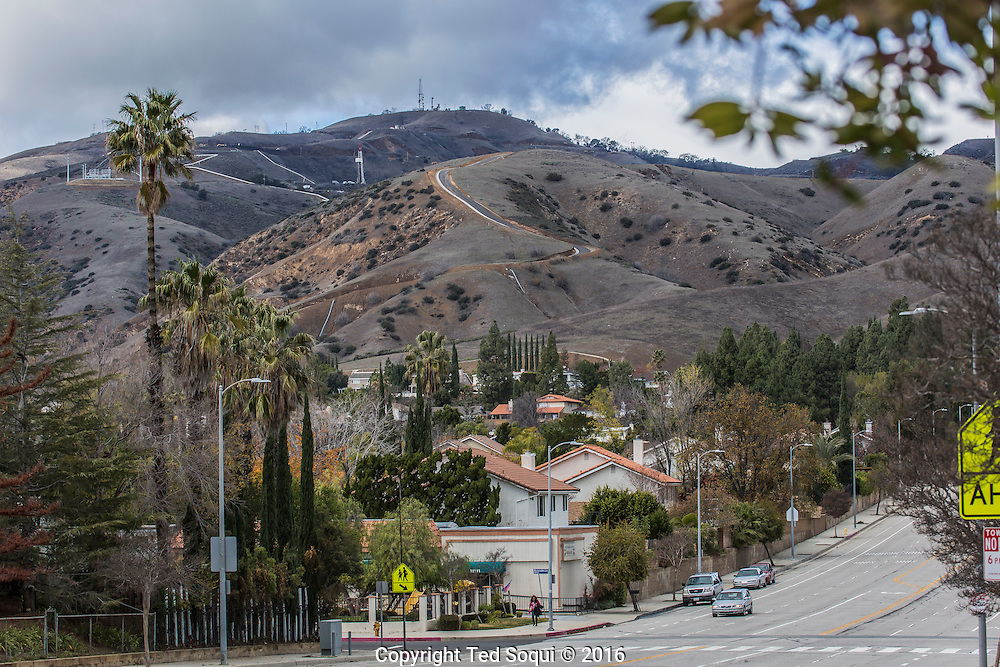