The arm of LAPD Chief Charlie Beck with a blue bandage. Beck gave blood for a police blood drive earlier in the day.
LAPD Robbery-Homicide detectives hold a press conference to provide new information regarding the "Grim Sleeper" serial murder case.
8 new photos of potential victims of the "Grim Sleeper" were identified and displayed, along with 55 other images of unidentified missing women.
The LAPD is still asking for the public's help in seeking the identities of the missing women.
The photos were found inside Lonnie Franklin's, the "Grim Sleeper" suspect, home. Franklin remains in police custody, and his trial has not yet started. 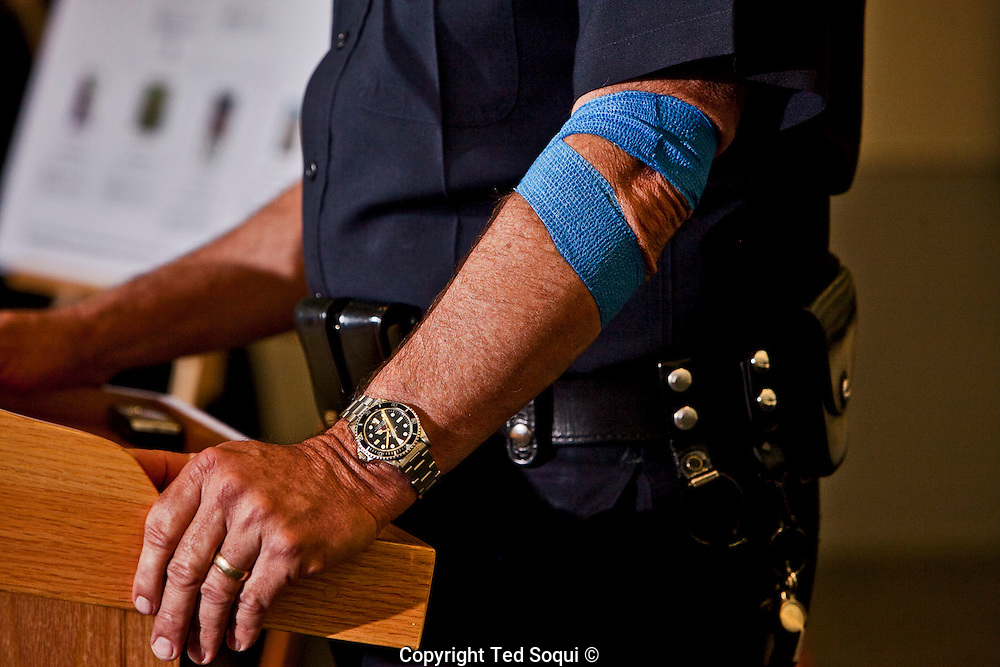