LA Council offers reward in "Grim Sleeper" Serial Killer Case.
LA City Councilmember Bernard Parks along with members of the Alexander family and the LAPD at a press conference inside LA City Hall.
A $500,000 reward was offered today for information
leading to the arrest and conviction of a serial killer believed to be responsible for at least 11 murders in South Los Angeles between 1985 and 2007.
Dubbed the ``Grim Sleeper'' by the LA Weekly, the suspect has killed nine people in the city of Los Angeles, one in Inglewood and one in an unincorporated area of the county in the last 23 years. 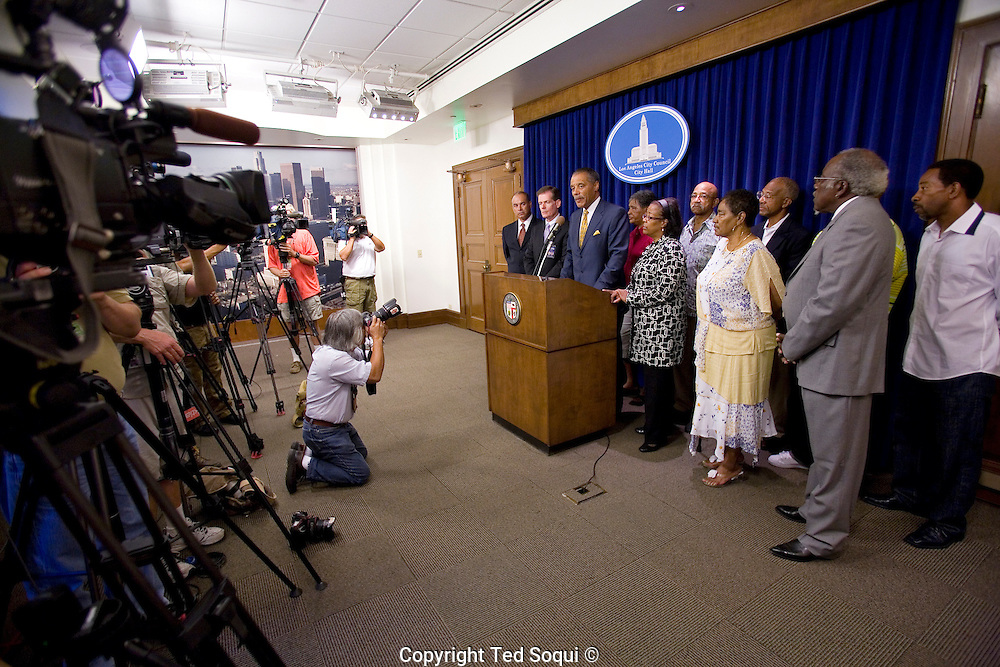