A make-shift memorial where Michael Hastings, a LA investigative journalist, died in a car crash on Highland Ave. in Los Angeles. Hastings' car ran in to a palm tree located on a median on Highland Ave at approximately 100mph in the early morning hours. The car burst in to flames and he could not be saved by local residents who attempted to put out the inferno.
Hastings was most known for his 2010 piece in Rolling Stone that brought down the career of General Stanley McChrystal. 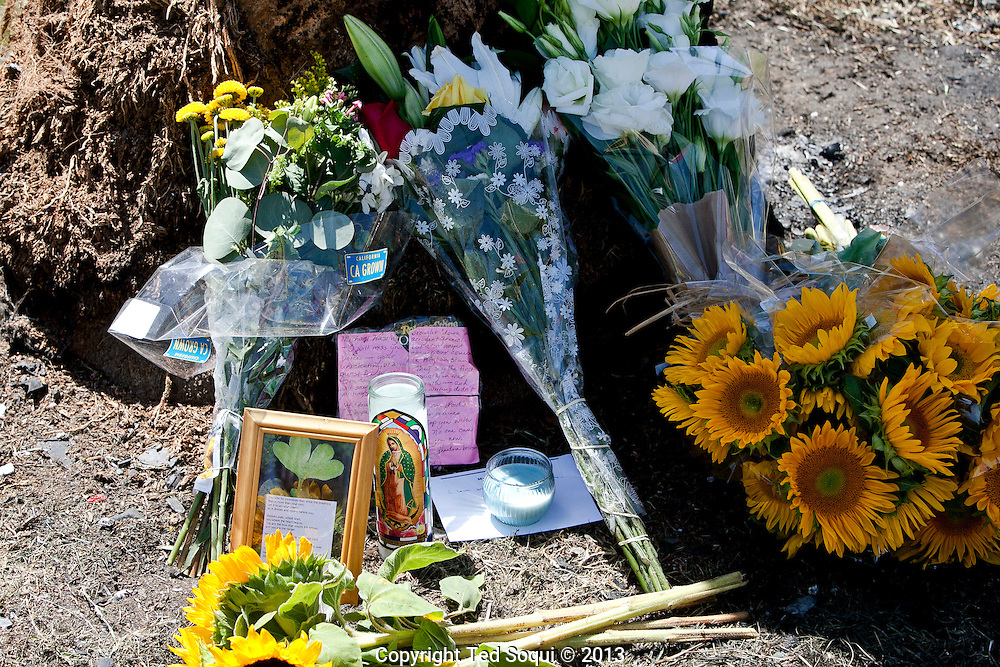